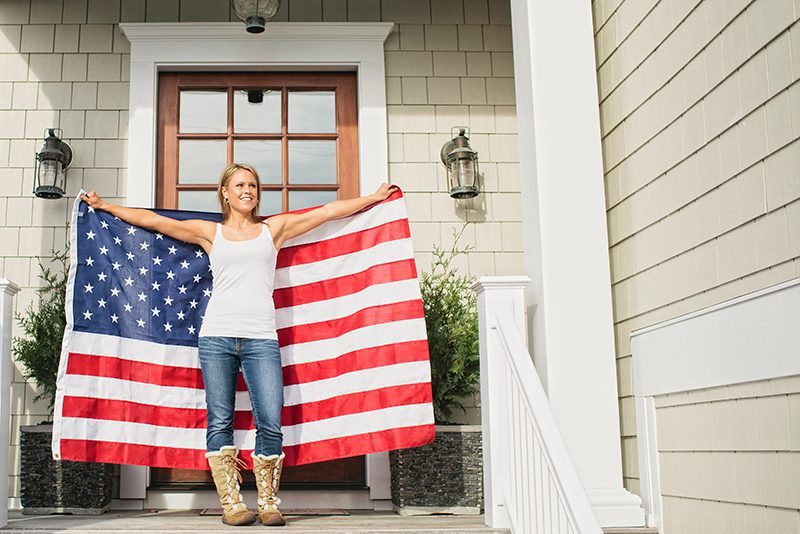 There was a time in our country when nearly all the goods lining our shelves were made right here on U.S. soil. But over the years, as companies began moving production overseas for lower costs and fewer regulations, the American manufacturing industry began to dwindle, taking countless jobs and a considerable chunk of our economy with it. Thankfully in recent years, more and more consumers have opted to buy American-made goods over foreign imports – a choice I wholeheartedly support and encourage when building homes for my clients. Driven by factors that include safety, environmental, and ethical concerns, as well as good old fashioned American pride, the ‘made in the USA’ label has seen a resurgence with benefits that extend far beyond just the producers of these goods.

One of my proudest accomplishments as a homebuilder was when, in 2013, I built a home with 95% American-made products and materials (pictured above and below; see more of this house here). From the get-go, my clients only wanted to proceed with American-made goods if they fit within the approved budget. It was a challenge, but one that I excitedly accepted. I quickly learned that not only is it financially viable to use products and materials made in the U.S.A., but that doing so has a plethora of other benefits as well. Now, four years later, the American-made movement has picked up even more steam, making it even easier – and increasingly wiser – to support American businesses. Here are just 7 of the biggest benefits of made-in-the-USA goods and why buying American-made matters:

In many countries, foreign labor standards are inadequate, unenforced, and undermine the concept of “fair and free trade.” When you buy American you support not only American workers, but also safe working conditions, workers rights, child labor laws, environmental regulations, transparent and ethical corporate behavior, fair wages, and ethical production. In a time when reports have exposed horrifying work conditions that, at best, keep workers impoverished and unheard, and at worst, may result in death (as was the case in the 2013 collapse of a garment factory in Bangladesh that left more than 1,000 dead), buying American is an accessible and powerful way to demand higher standards and the protection of all human rights.

Foreign product safety standards are low in many of the countries to which companies typically outsource production. In addition to unsafe production processes, many unregulated countries make their products with raw materials that the States have been deemed unsafe or unhealthy. When you purchase goods made in the USA, you know that the American consumer protection laws and safety standards that are in place to protect your family have been observed and obeyed.

TIP: Adding something American-made to your home can be as easy as using locally reclaimed and salvaged materials. In this home, Sea Breeze, I made the table off the island out of wood taken from the Bethany Beach boardwalk.

One reason it’s cheaper to manufacture goods in developing countries is that they typically have few or no environmental regulations. These factories produce large amounts of hazardous chemicals that pollute the air, water, and soil. Additionally, products made abroad have a greater distance to travel, and therefore have a much higher carbon footprint than U.S.-made goods and materials. Shipping goods overseas burns large quantities of fossil fuel and dumps greenhouse gases into the atmosphere with every mile traveled, disrupting ocean and other wildlife in the process. Dollars spent on American-made goods go help protect and ensure a healthier planet for future generations. 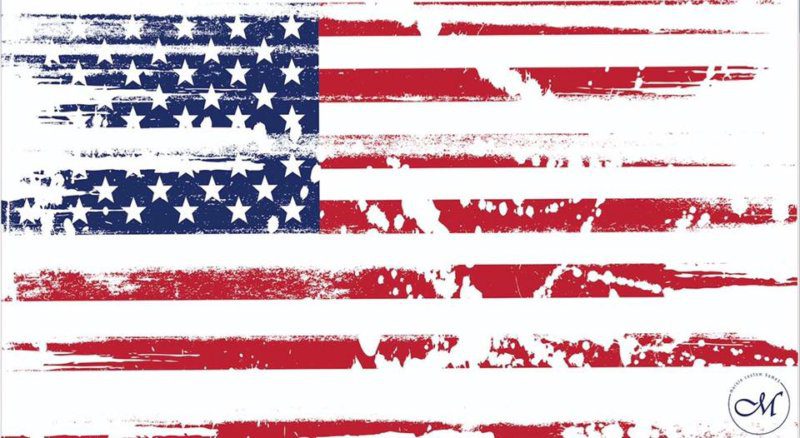 Every cent that consumers spend on American-made goods holds and brings money into the U.S. economy. This helps our country avoid debt; the huge U.S. trade deficit leads to massive, unsustainable borrowing from other countries. Buying American-made goods does more than just support the companies who make them. The benefits also ripple throughout the entire U.S. economy. For example, when an American factory prospers, it hires more Americans to fill the new jobs that it creates, an American construction company to expand their building or build new locations, an American accounting firm to handle their money, an American energy supplier to provide them with power to operate, and so on. 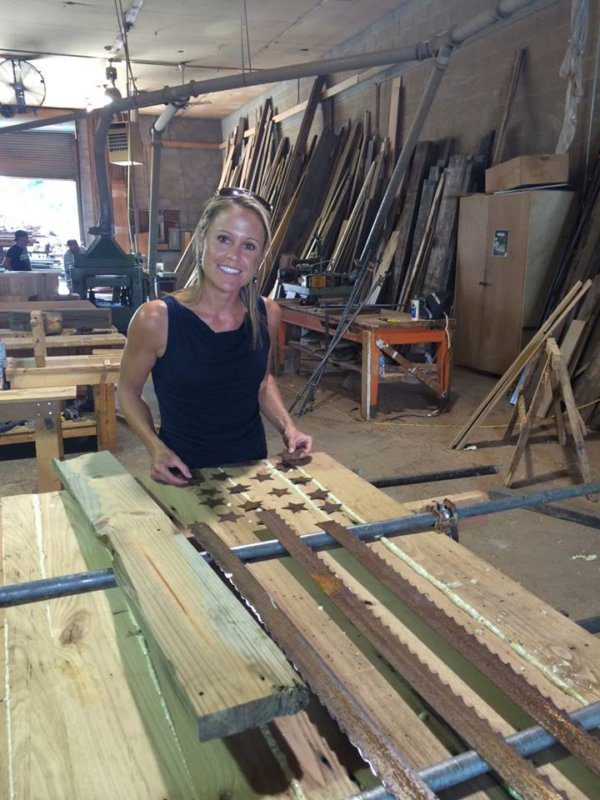 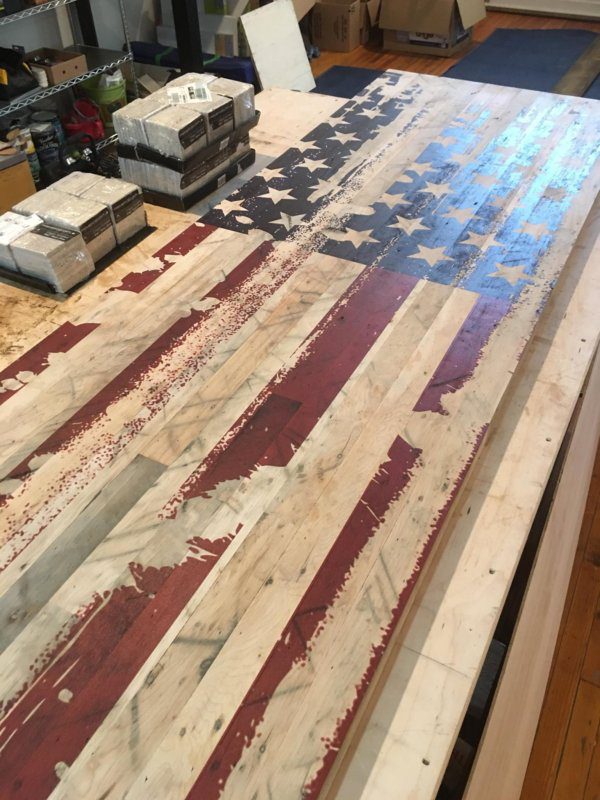 Offshored jobs almost never return, and as the U.S. manufacturing industry fades, future generations will be unable to find relevant jobs. Keeping jobs here not only supports workers, but also encourages job growth throughout the economy. In fact, many experts estimate that just one manufacturing job supports five other jobs elsewhere in the workforce. In addition to keeping jobs on American soil, buying domestically made goods keeps wages in check. Many countries have outrageously low minimum wages, or no minimum wage restrictions at all. Buying American contributes to a living wage for workers and helps reduce the ever-growing income inequality gap.

Independence is central to the American identity; however, that core tenet has come under threat. The increase in overseas production and resulting decrease of our ability and means to manufacture important goods here at home places us in a politically, financially, and militarily unsound position. With the shift of factories and money to countries that may not be friendly to the U.S. or democracy itself comes the increased risk of having our access to vital goods impacted by political conflict. Choosing to purchase American-made goods whenever possible is an important step in fostering American independence. 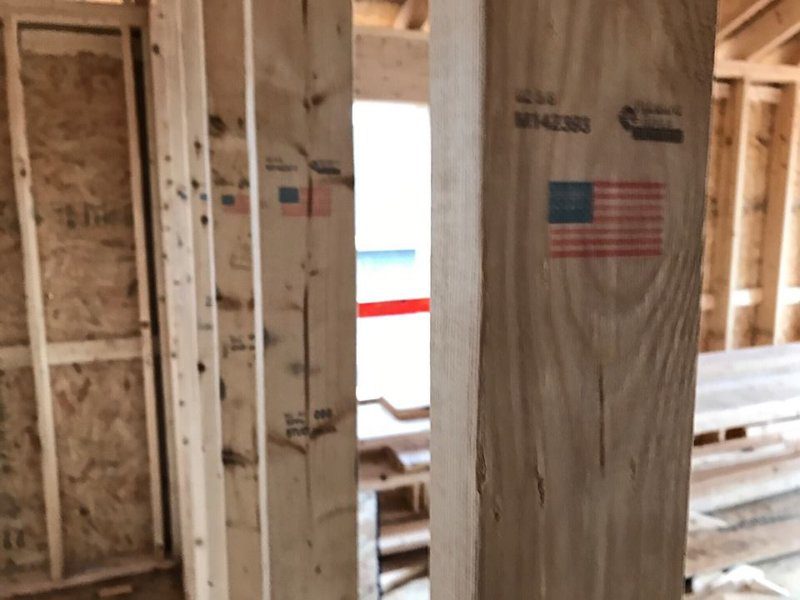 Today’s consumer wants to know where the objects they let into their lives come from. They want to buy better, not more. And when it comes to quality, nothing beats American-made. With a long history in manufacturing, American goods are born of generations-old trades and skills, have passed rigorous quality tests, and have been made with a level of craftsmanship that’s hard to find in many outsourced products. Buying American may come at a slightly higher price tag, but it comes with the assurance that it’s money well spent on a product that’s made to last.

P.S. Huge thanks to Maria DeForrest for the beautiful shot of me with the American flag, as well as many of the images used on my website!