They call it “The Big Easy” and it’s built for effortless entertaining.

After many summers visiting friends with vacation homes on the Delaware shore, Anna and Blair Fernau bought a cottage of their own in Bethany Beach in 2015. It was two blocks from the ocean and adorable (one bedroom and one bath, plus a loft), but close quarters for their family of four—and not exactly conducive to hosting overnight guests.

Which was less than ideal. “We wanted to reciprocate the kindness shown to us over many summers,” says Anna, who previously worked in government affairs and international trade. When they’re not at the beach, the Fernaus live in McLean, near Chain Bridge.

Blair, who manages commercial real estate investments and owns several businesses, started looking around for a builder to replace the little cottage with something bigger. Soon they were hashing out new ideas for their long, narrow lot with Marnie Oursler, president of Marnie Custom Homes and host of DIY Network’s Big Beach Builds.

They ended up tweaking one of Oursler’s existing plans to suit their vacation lifestyle, including their desire to play host. “We adopted the plan to make sure we could host  two other families at the same time,” Anna says. The new house, completed in 2016, sleeps 16 comfortably, with three en-suite master bedrooms, two kids’ bunk rooms (each of which sleeps four) and another twin bedroom.

As is typical of coastal homes built to flood codes, the house has an inverted plan that puts the living spaces up top, with parking and storage on the ground level. It’s built to withstand high winds and storm surges, but it’s as pretty as it is sturdy, with exterior shingle cladding and crisp white trim. It even has an elevator, which makes lugging groceries and bulk items to the top-floor kitchen a breeze, and renders the home accessible for visitors who can’t climb stairs.

Inside, it’s built for socializing, with a big, open kitchen (designed by Jennifer Gilmer Kitchen & Bath in Bethesda) that connects to a pantry/laundry room and a casual great room.  “We doubled up on appliances,” Blair says—two washer-dryers, two dishwashers and two refrigerators—to ensure capacity for big groups. The island has a built-in wine fridge on one end and a Scotsman Nugget icemaker on the other. The latter (one of Blair’s favorite toys) is handy for whipping up margaritas or Dark ‘N’ Stormies come happy hour. 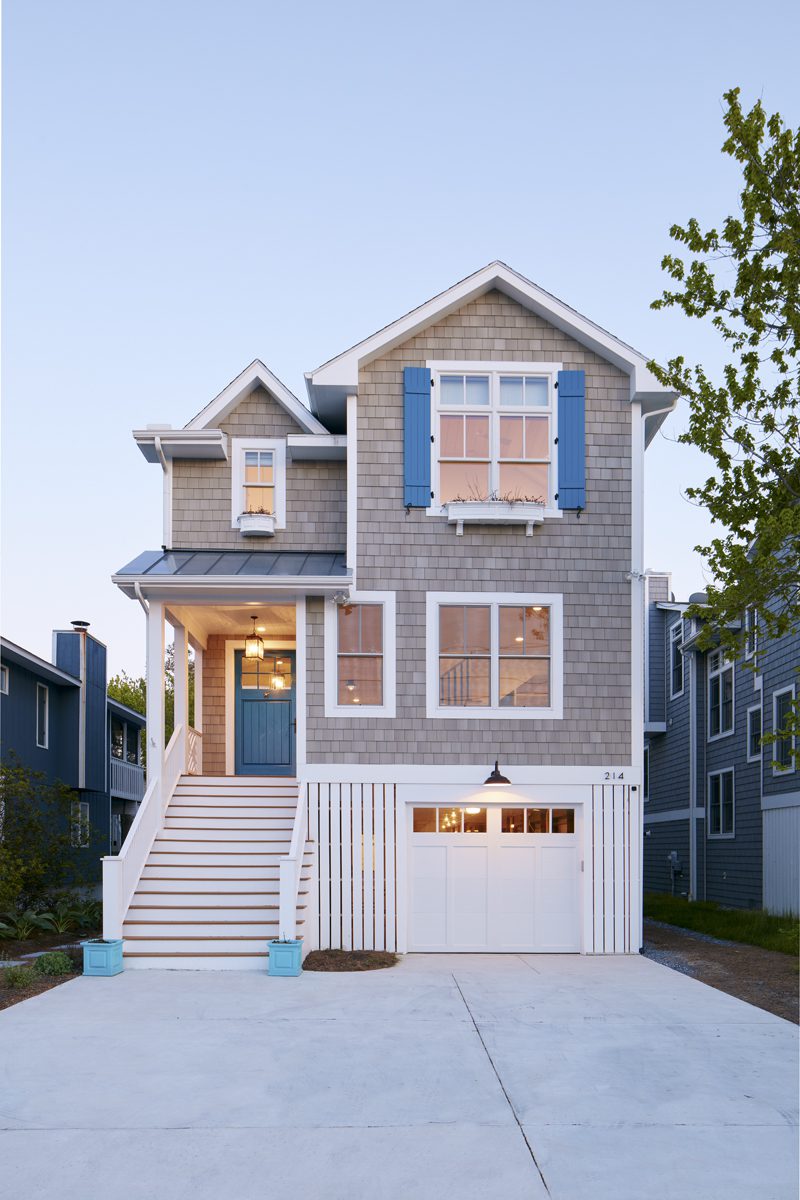 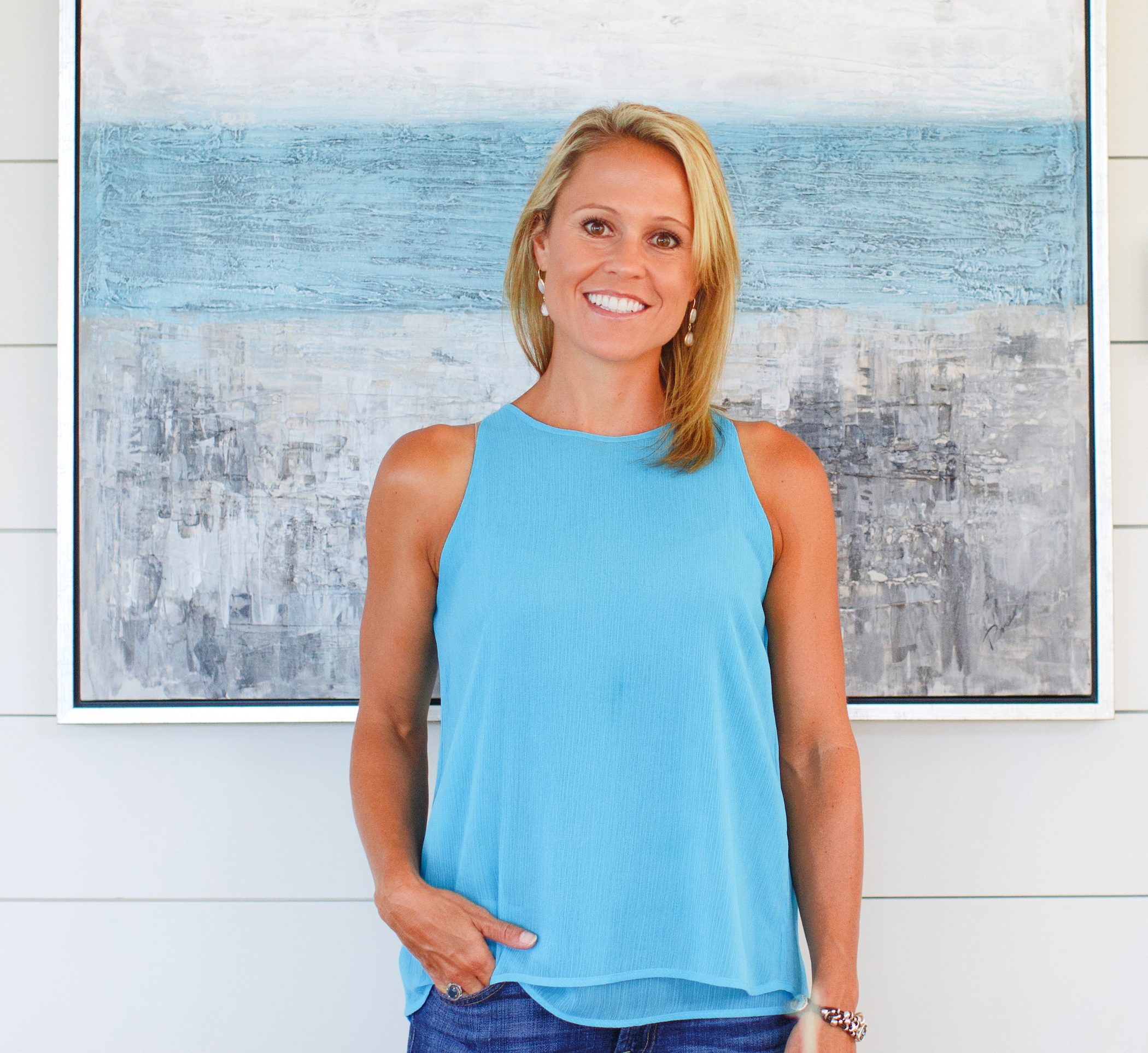 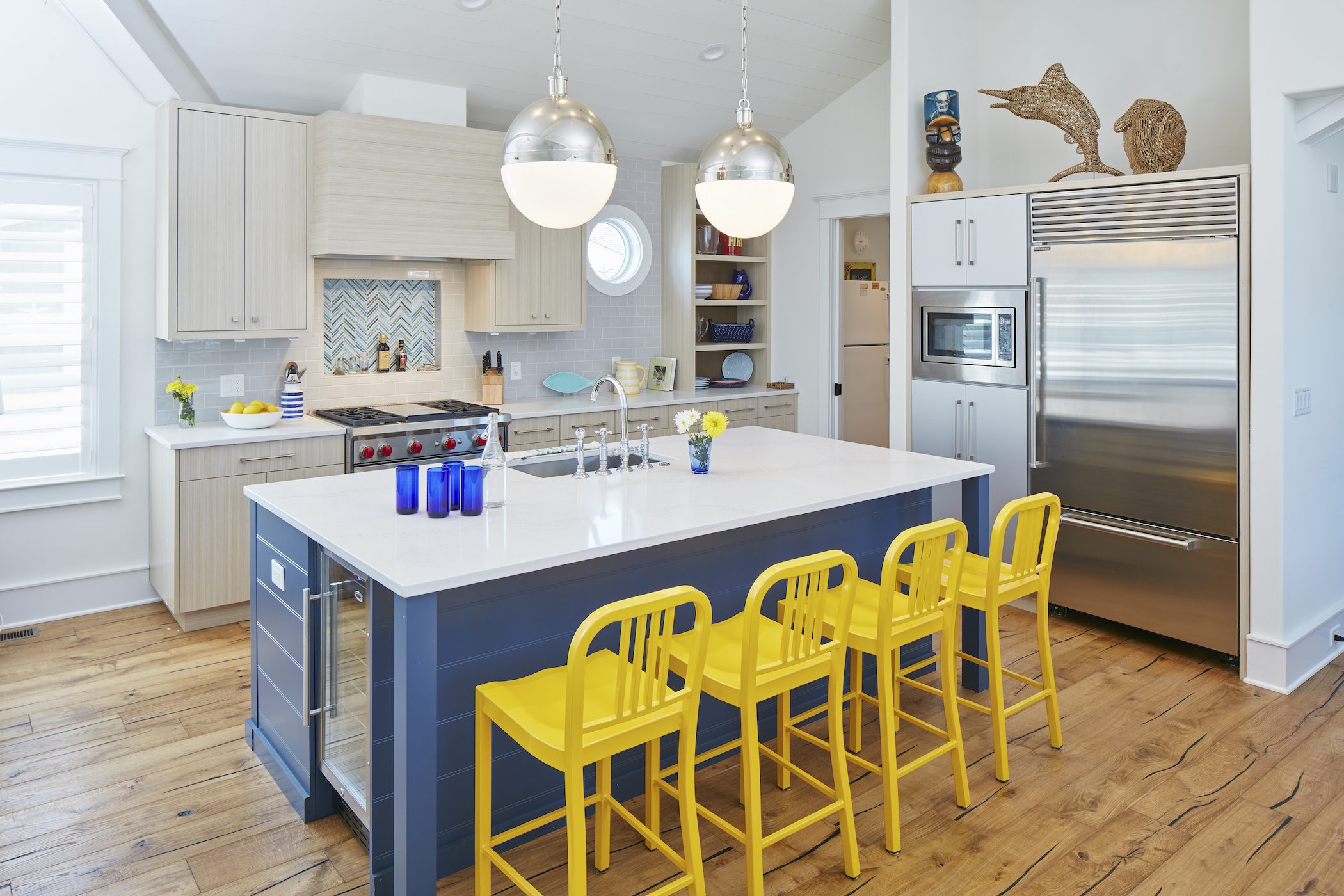 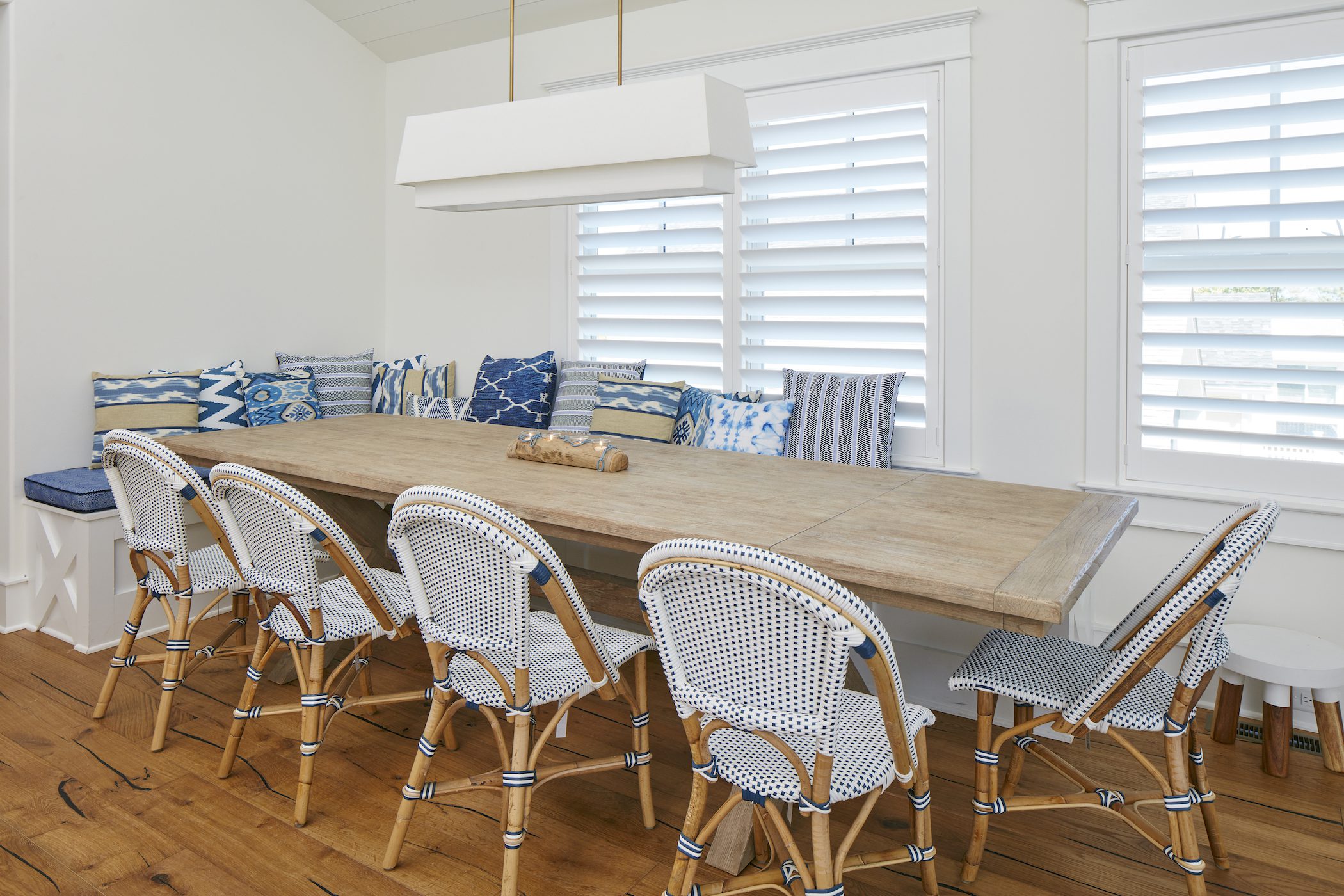 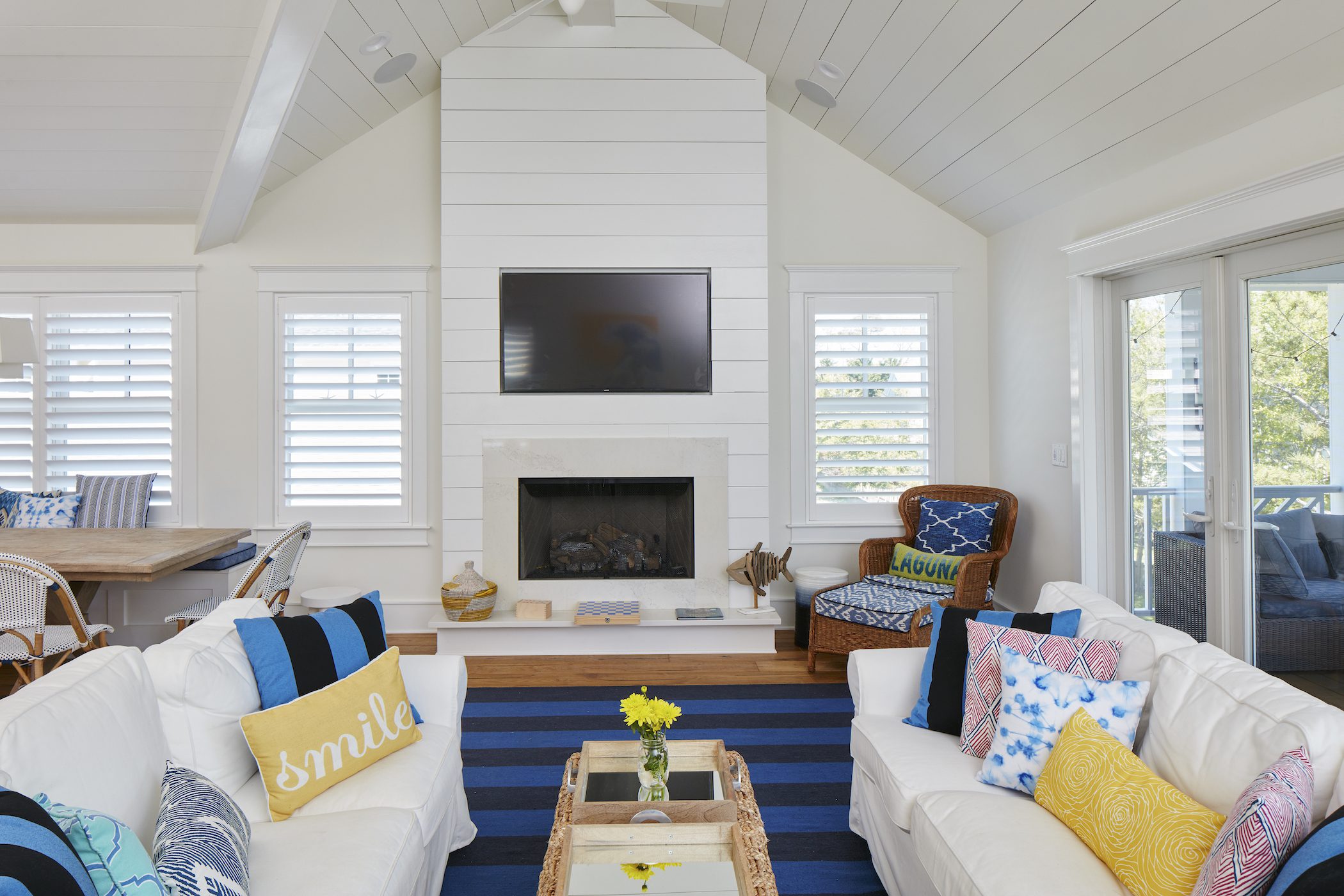 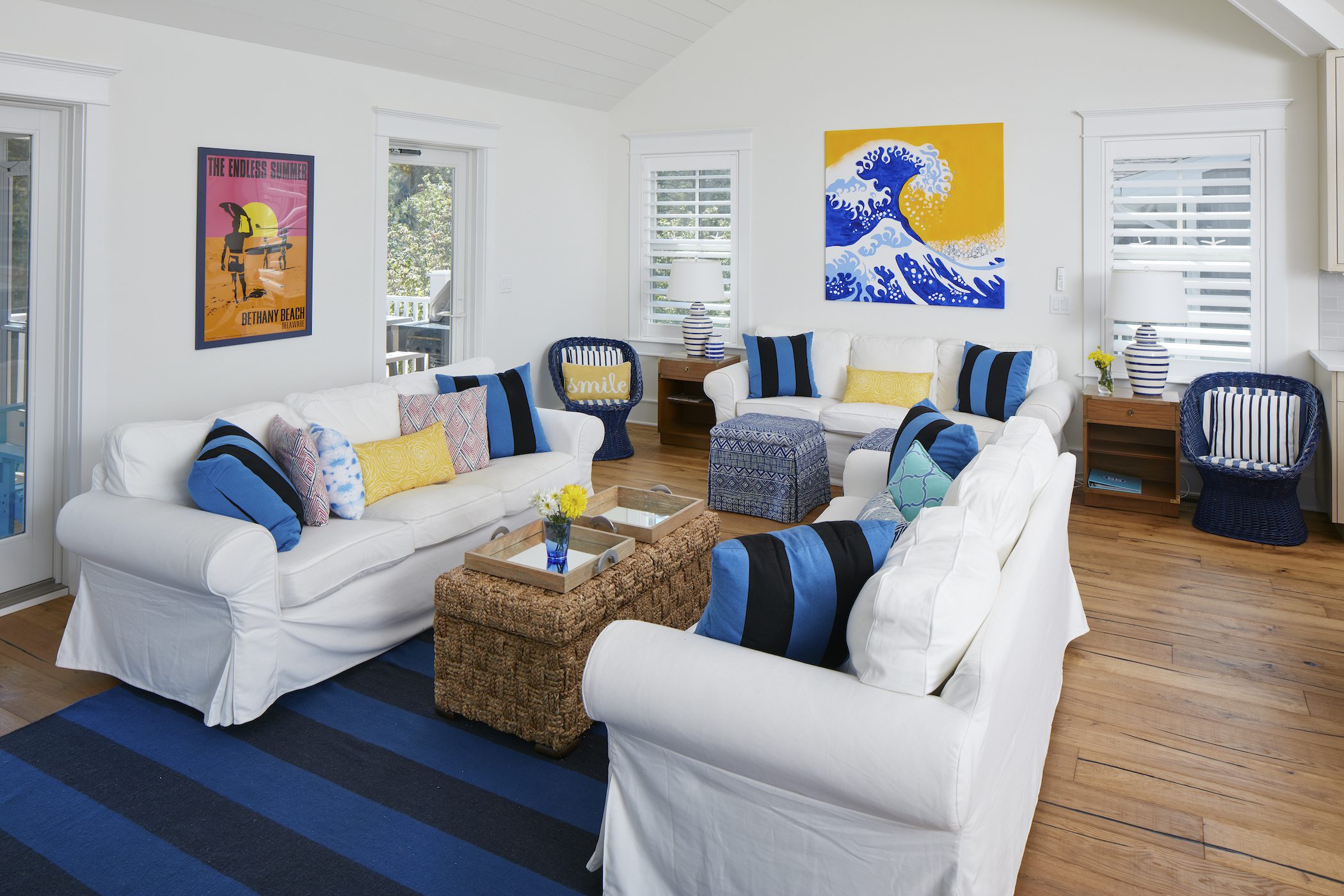 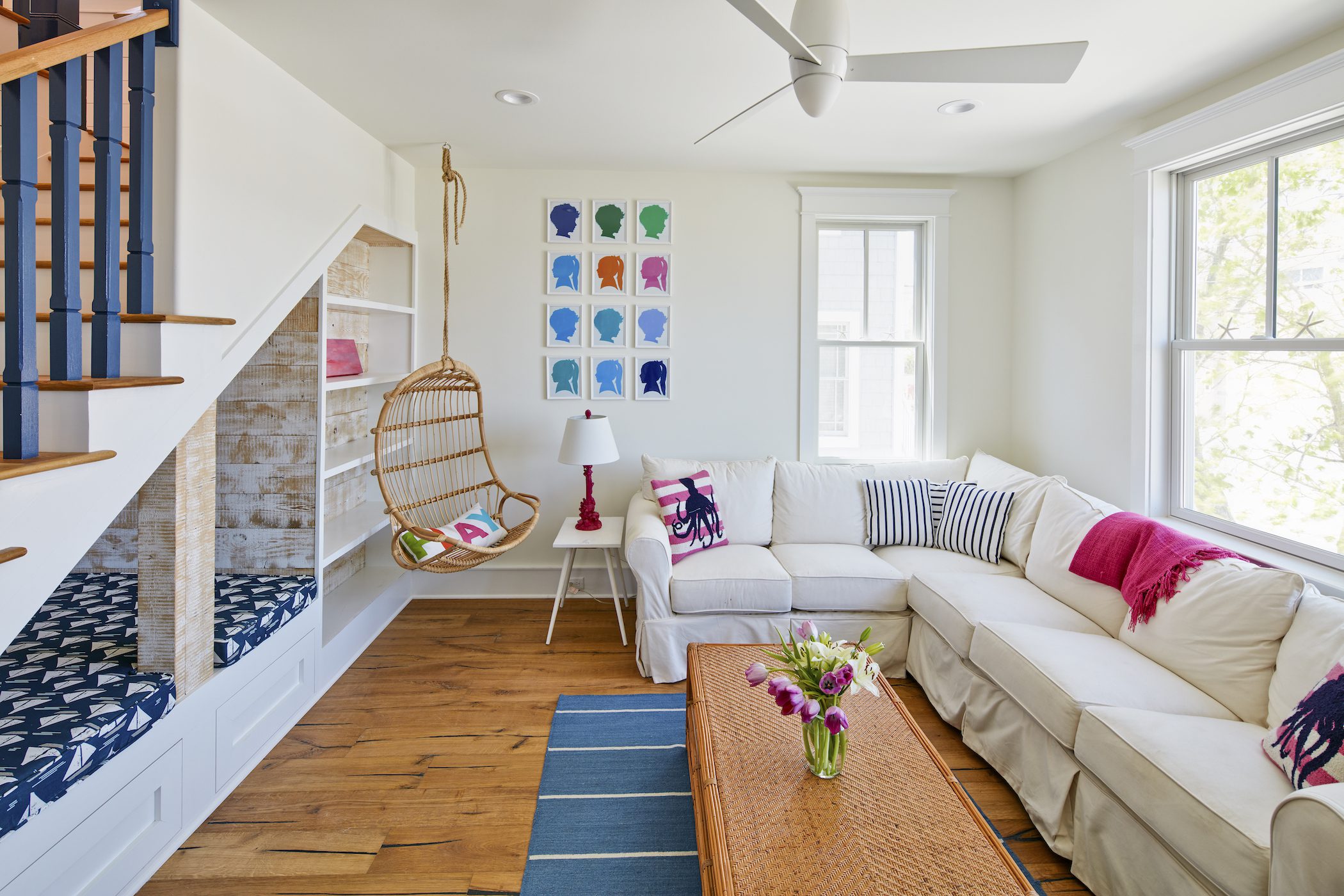 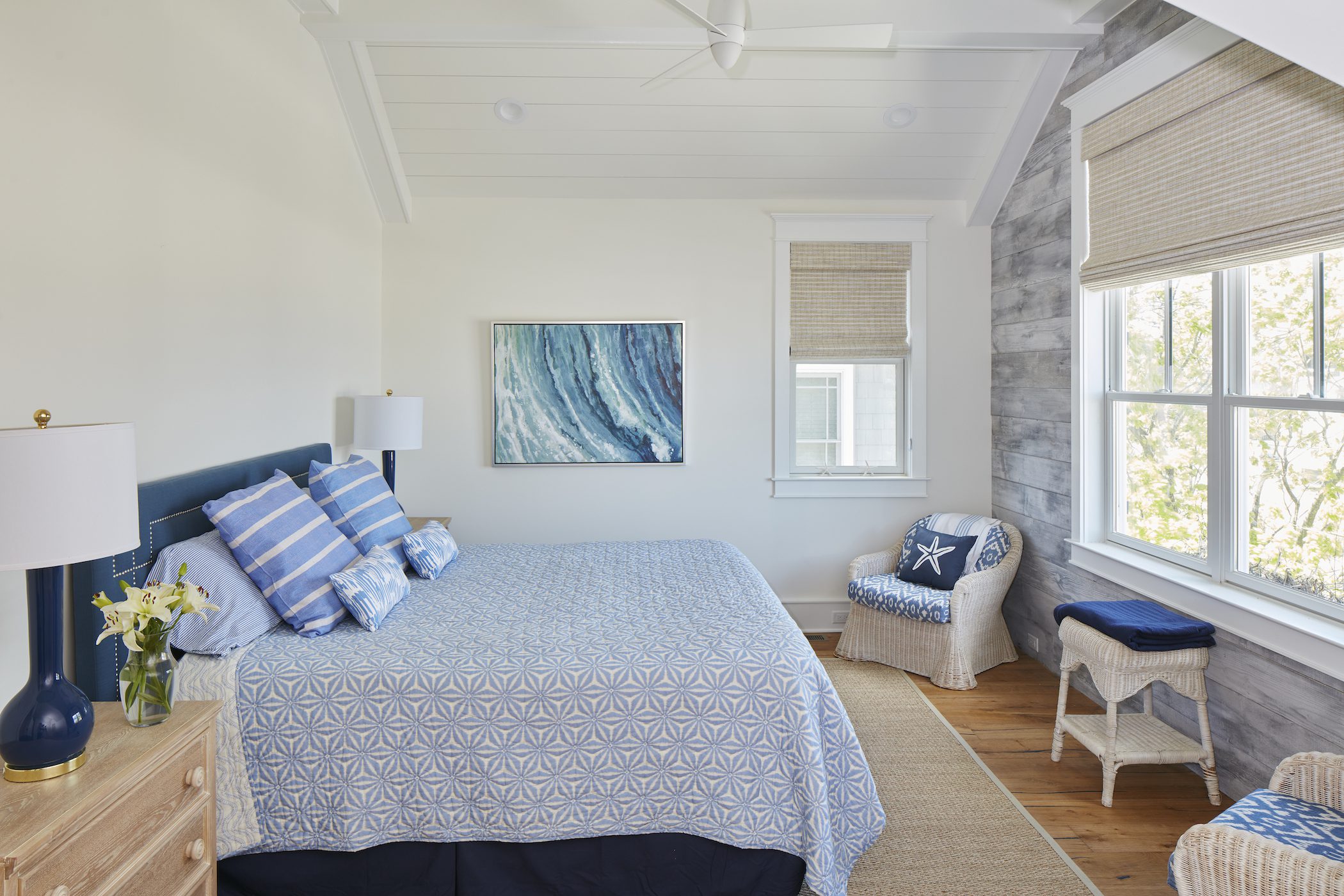 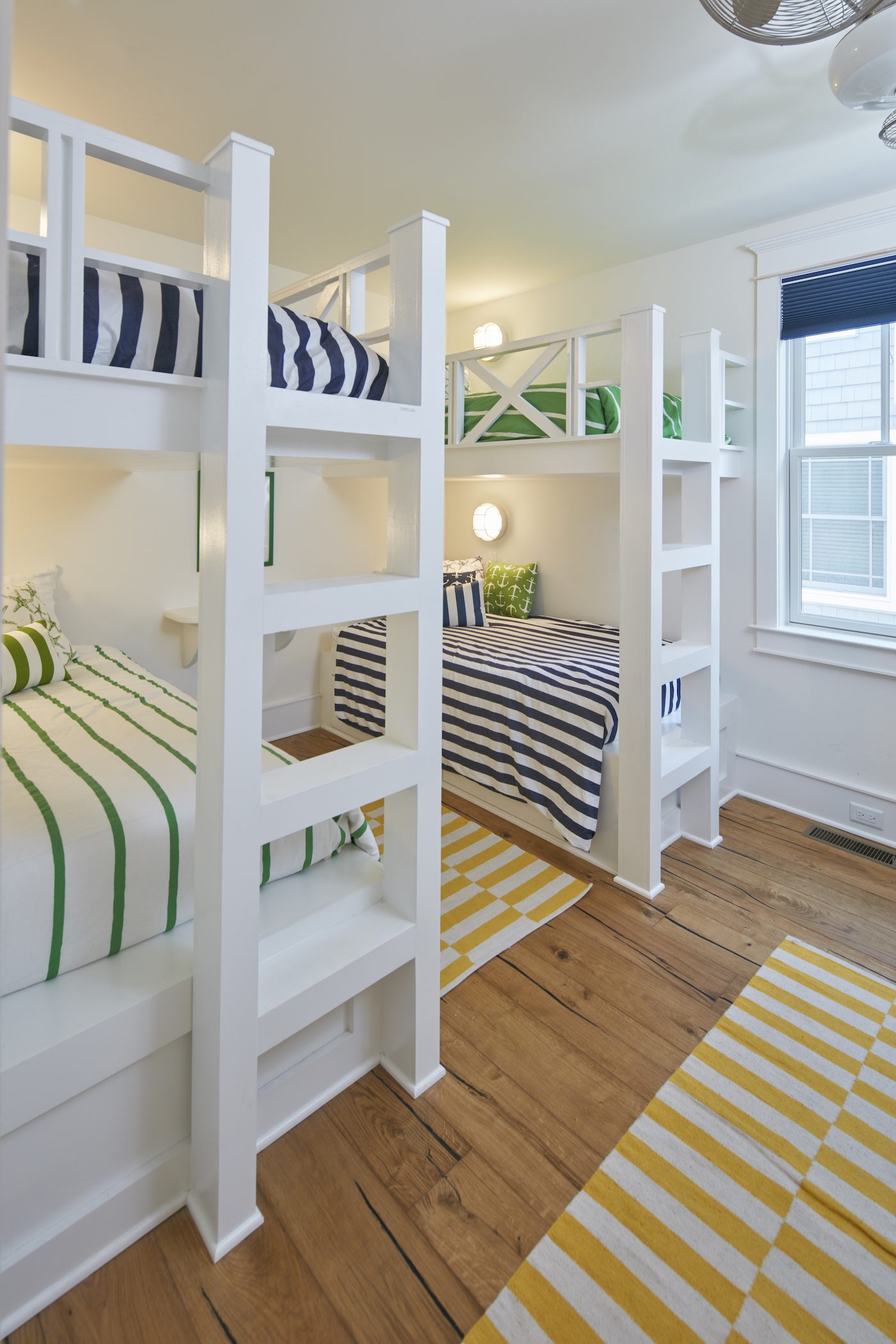 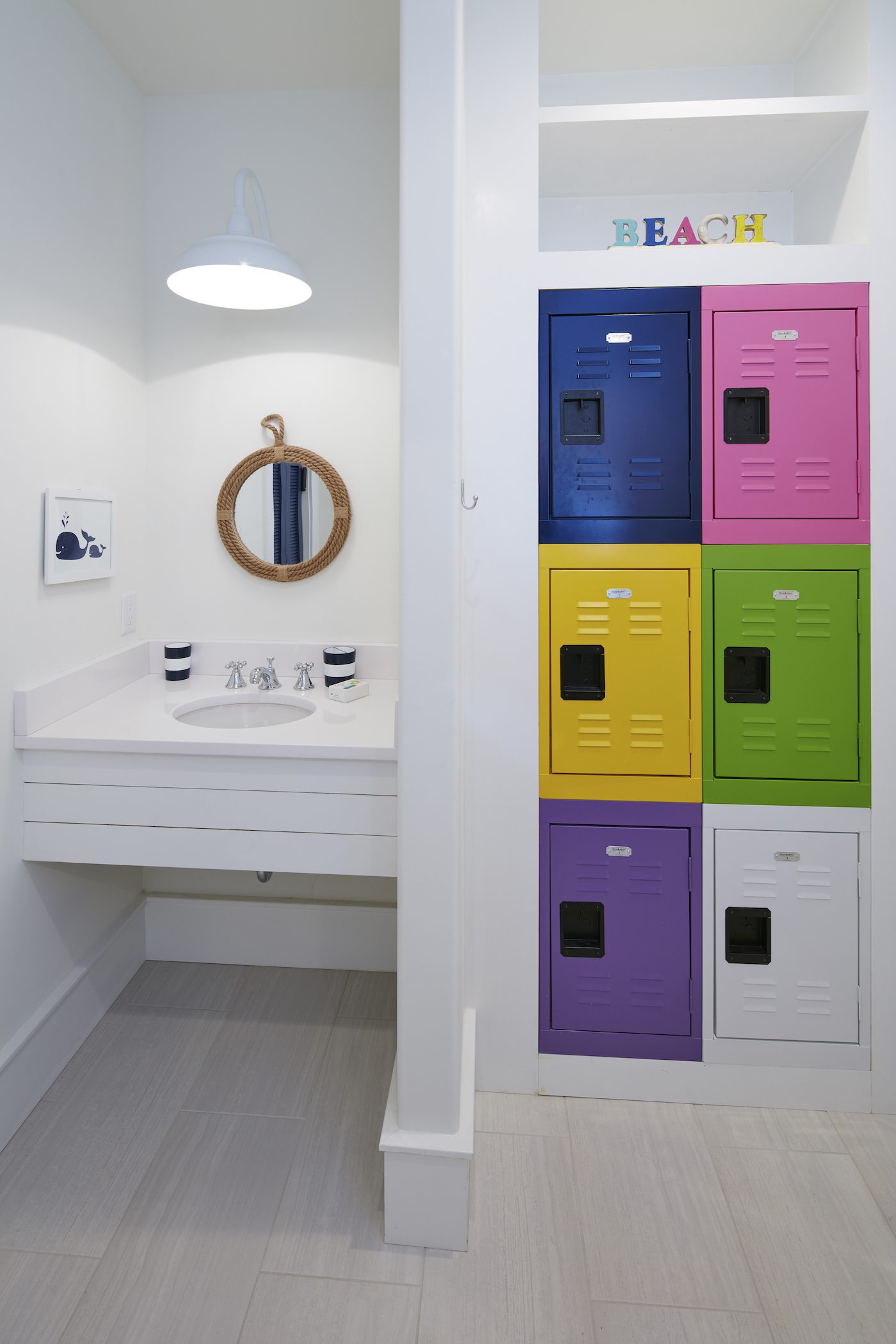 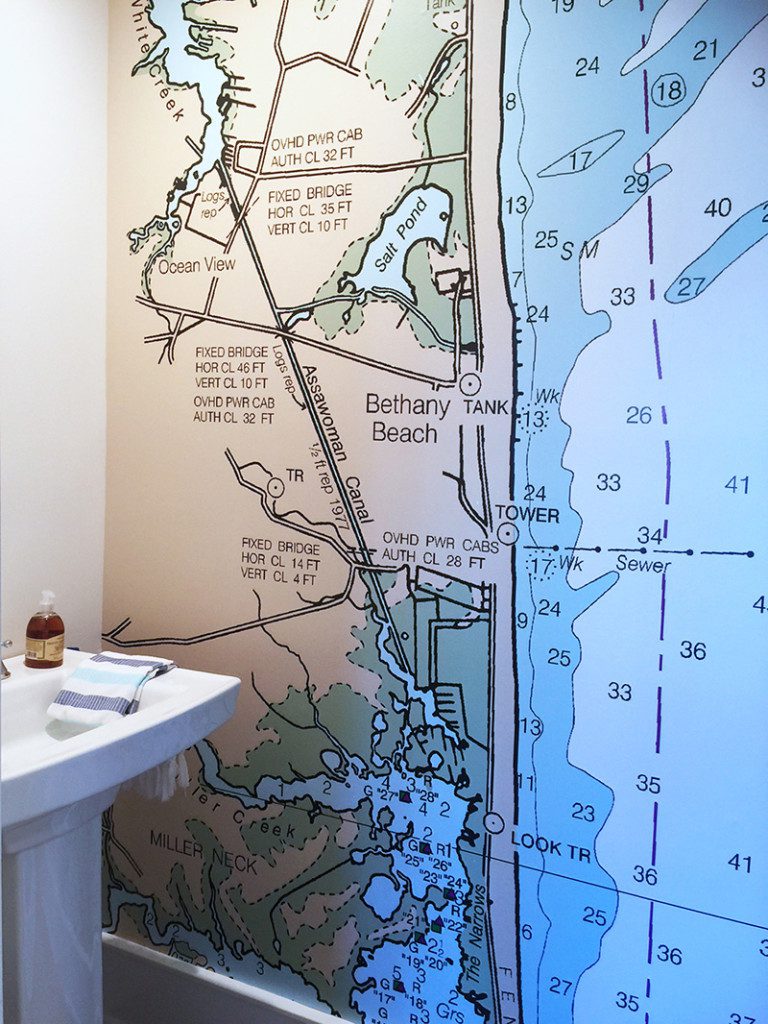